Wiki Ippo
Register
Don't have an account?
Sign In
Advertisement
in: Characters, Male Characters, Characters from Japan,
and 10 more

Akira Shigeta (茂田 晃, Shigeta Akira) is a retired featherweight southpaw professional boxer who sparred against Ippo Makunouchi, as well as being the first southpaw opponent for Ippo, and who fought against Takeshi Sendō for the JBC championship belt.

Shigeta was right-handed but voluntarily trained himself to become a southpaw. From this training he succeeded in arming himself with a strategical advantage over most boxers and a strong right jab. Also, being a southpaw, his right arm's positioning allowed him to throw powerful counters, even without the rapid reaction speed of other counter-punchers. Even without his signature gimmick, Shigeta was a talented boxer in all fields, with good evasive skills and strong punches. 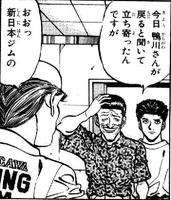 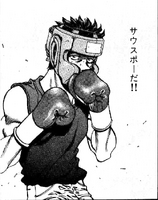 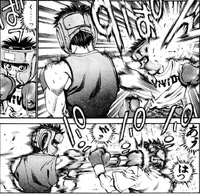 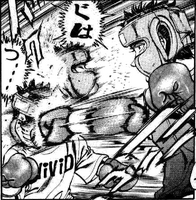 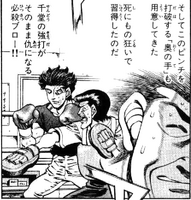 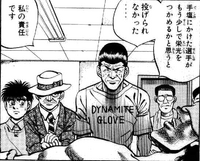 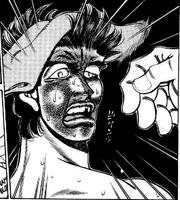 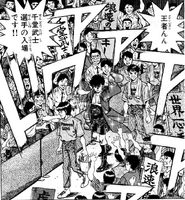 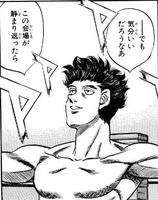 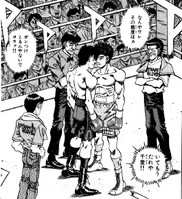 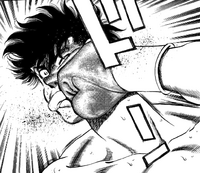 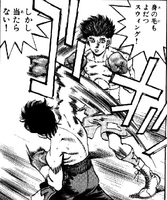 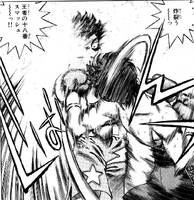 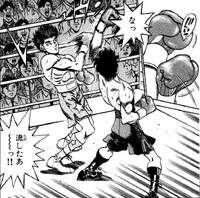 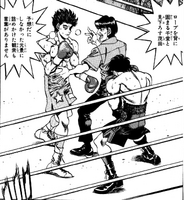 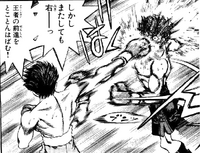 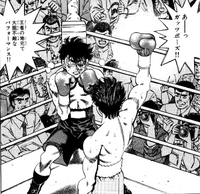 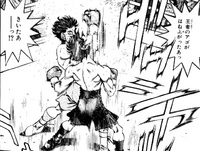 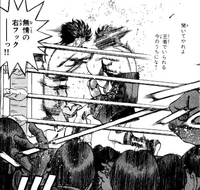 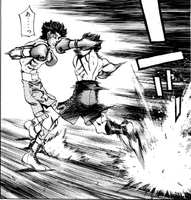 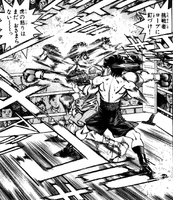 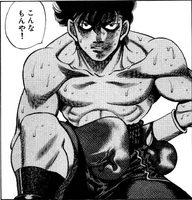 Sendo telling Shigeta "This is what I got" 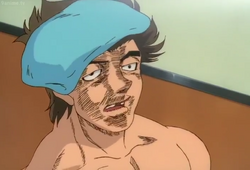 Shigeta waking up after his match against Sendou.
Community content is available under CC-BY-SA unless otherwise noted.
Advertisement