It is a College of Medicine located in Tokyo, Japan that Sanada Kazuki is a student at. Iimura Mari visited it in order to interview Sanada, and Ippo visited Sanada in order to learn about Takamura Mamoru's potential eye problem.

In order to find out more information about Sanada Kazuki, Iimura Mari decided to head the college in order to interview him about his life outside the ring. When she first met Sanada while at the college, he mentioned that he will not answer question relating to his new punch, Hien. He told her about how his father set the path for him to become a doctor even before he was born. He started boxing when he came across a flyer by Kinoshita Boxing Gym, and decided to give it a try. He got beaten in his first sparring match. After further studying the human body, he returned and successfully defeated his opponents in the professional ring using his knowledge of medicine. He also mentioned her how he went one class up in order to face a man stronger than him as a way of challenging himself.

After hearing from Miyata Ichirō that Takamura Mamoru might have a eye problem, he decided to ask Sanada Kazuki for more information at the College. 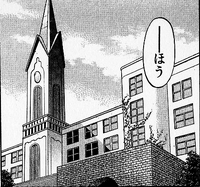 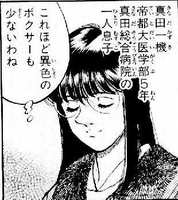 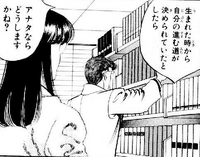 Sanada at the college 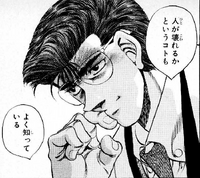 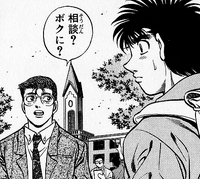 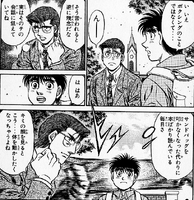 Sanada remembering his time as a boxer 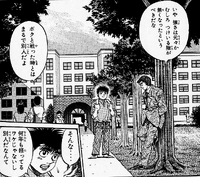 Ippo asks Sanada about an Eye 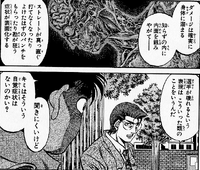 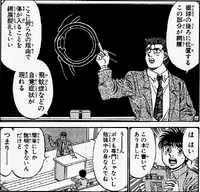 Sanada talking about the parts of an eye 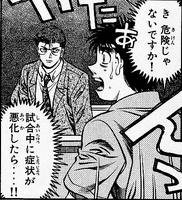