Wiki Ippo
Register
Don't have an account?
Sign In
Advertisement
in: Characters, Male Characters, Characters from Mexico,
and 7 more

Mexican Featherweight Championship
José Nargo (ホセ・ナーゴ, Hose Nāgo) is a professional boxer and Mexican featherweight champion. He sparred with the WBA featherweight super champion Ricardo Martinez the most, being able to withstand Ricardo's power and grow because of it.

Nargo had an upcoming match against fourth ranker in the WBA, Sendō Takeshi. When the match arrived, Nargo went to the Yokohama Arena. While in the ring before the match began, Nargo acknowledged how Sendō has defeated many Mexicans, however, because of that, he has seen many of his matches and gained knowledge of his weakness. When the first round began, Nargo came toward Sendō, who was still facing away from him at the corner. When Sendō turned around, Nargo felt as if he was staring at a tiger inside of it's cage. Nargo blocked a left Smash and a right Smash, however, the right Smash knocked him off his feet and blew him back despite blocking with both hands. Nargo began a tactic of jumping in to hit Sendō, then fleeing away when Sendō tries to attack, leaving Sendō to try and chase him. Nargo was successful with the tactic, as Sendō was unable to catch him up to the eighth round. During the eighth round, Nargo was caught after Sendō punched wildly and used his wild instinct and ability to punch from any position. However, as Sendō was about to throw a Smash after catching him, Nargo clinched. During the clinch, Nargo's body was drilled by Sendō's Fist Clench as Sendō's fist clinched and turned against Nargo's body, forcing him to let go. Nargo dodged a Knuckle Drop, however, he was pressured into backing into a corner. As he was approached by Sendō at the corner, Nargo hit him with a left hook counter when he tried to use the Smash. He attempted to get out of the corner after the counter, however, his patch was blocked. Nargo and Sendō hit each other with a right dual exchange. They both stayed standing, and Nargo was struck with a left Smash, causing him to go down. The referee quickly ended the match, resulting in Nargo's loss. Nargo, realising the match is over, shouted out that he is alive.

When Sendō and Alfredo Gonzales's pre-world title match began, Nargo went to the Arena México and watched on the TV in the waiting room. While watching the match, Nargo mentioned to Ricardo Martinez, who was watching the match while waiting for his own match, how Sendō's fists are the strongest of all featherweights in the world. After the second round, Nargo noticed how Alfredo is staying on the outside of Sendō's left arm, a position that allows one to be able to freely hit Sendō after he throws a huge left. Nargo watched the match as Sendō defeats Alfredo in the fourth round by knockout. Nargo watched as the main event began with Ricardo's 22nd WBA featherweight title defence match against former WBC featherweight champion, Billy McCallum. Nargo watched as the match ended in Ricardo's victory by knockout in the first round.

Nargo is a man with a muscular build and tanned skin. He has shoulder-length black hair. His eyes of unknown colour are squinted.

Nargo, as an out-boxer, prefers to fight at range. He is noted to possess impressive speed and skill, with the bravery and confidence to engage any opponent without being intimidated. This is due to his many years of experience in sparring against Ricardo Martinez. He also holds the record for fighting Ricardo the most times while surviving. 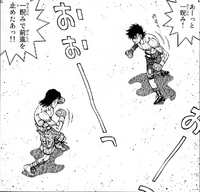 Nargo in a cage with a Tiger 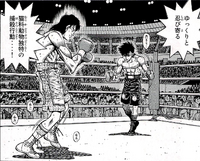 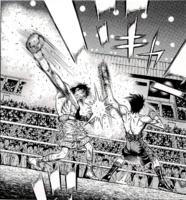 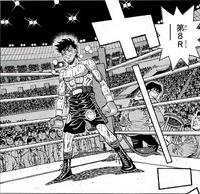 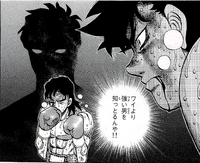 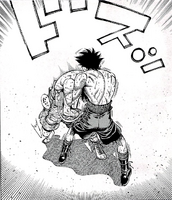 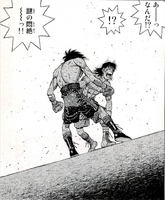 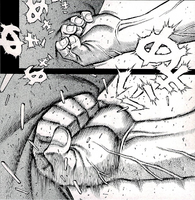 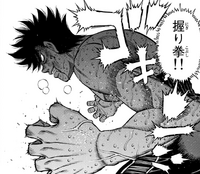 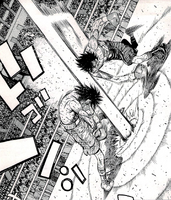 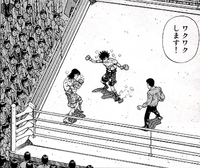 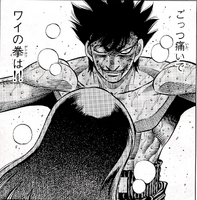 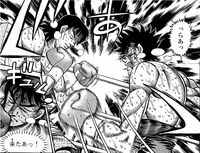