It is a highly respected gym and has become well-known for its strict training. There are roughly 20-30 members of the gym. Ginpachi Nekota once served as a volunteer trainer during a three week period. The gym opens at 8:00 A.M..[1]

In 1969, Kamogawa opened the gym.[2] By twenty years, the gym had produced two Japanese champions and one OPBF champion, Miyata Senior. The gym also had boxing manager, Haruhiko Yagi, trainer Shinoda, boxers Mamoru Takamura, Ichirō Miyata, Baron Kurita, Masaru Aoki, and Tatsuya Kimura, however, Baron soon quit due to Takamura. Takamura invited Ippo Makunouchi to the gym, and, after sparring with Miyata, he became a member of the gym. After a second spar between Ippo and Miyata, Miyata and his father left the gym so that Miyata could face Ippo in the professional ring. Years later, the gym got a JBC middleweight belt won by Takamura, and Naomichi Yamada became a member of the gym for a short time before leaving due to having to move out of town. A JBC featherweight belt was later won by Ippo. Manabu Itagaki joined the gym, and Takamura later won the WBC junior middleweight belt until he relinquished it to move a weight class up.

The gym then received the WBC middleweight belt by Takamura after he defeated David Eagle. Ippo had his JBC featherweight belt relinquished to move to the world stage. Takamura defeated world champion Richard Bison, making the gym acquire the WBA middleweight title.

After Ippo retired when he lost to Antonio Guevara, he became a trainer for the boxers, and Taihei Aoki and Kintarō Kaneda soon joined because of him. When Takamura defeated world champion Keith Dragon, the gym acquired the WBC super middleweight belt.

Founded by Kamogawa Genji years after his retirement, the gym has two stories with a basement. The gym's structure is cubical, while in the anime it is more rectangular. On the first floor, there are a set of six windows connecting to each other, two sets of four windows in the anime. There are two horizontal sliding windows at the second floor, while there is four in the anime. 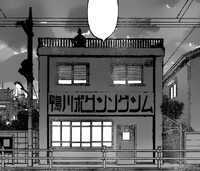 Kamogawa gym in the anime. 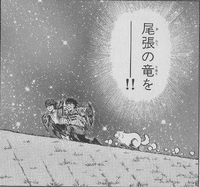 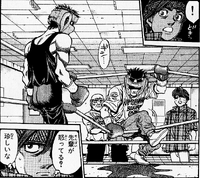 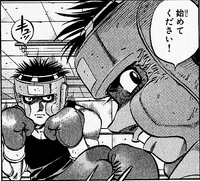 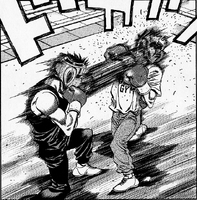 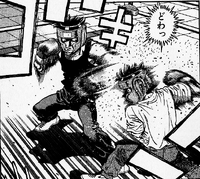 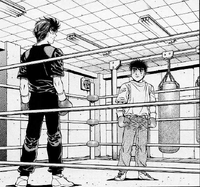 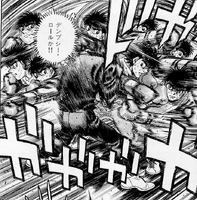 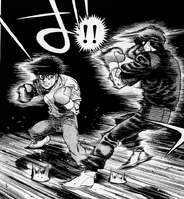 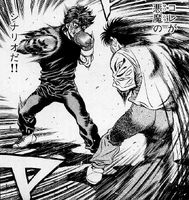 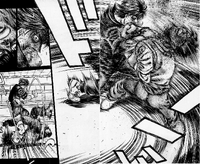 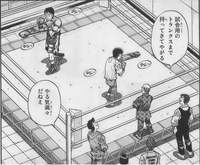 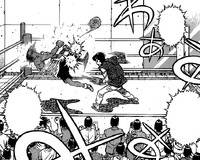 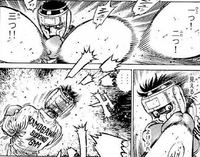 Kamogawa gym before Takamura's statue was placed on the roof.