Kawai Hospital (河合病院) is a recurring place in Hajime no Ippo.

It is a hospital in Tokyo, Japan that various characters have visited to get checked out, or heal from injuries. Mashiba Kumi, Tomiko, and other nurses work there.

After Ippo heard the news about his mother, Ippo immediately headed to the hospital to check on her. Upon arrival, he is informed that she simply fainted due to anemia caused by overworking and that she will be there for a month. Realizing that she has been doing all the work while he has fun at the gym, Ippo feels guilty and apologizes to his unconscious mother. After finishing his shift at the Makunouchi Fishing Boat, Ippo went to visit his mother at the hospital. When he arrived, he found her packing in order to go home because she was worried about him not being able to do boxing any more. He told her that he will take a break from it, but in reality he does plan to quit.

Challenge for the Throne Arc

After defeating Alexander Volg Zangief, Ippo spent 3 days here after being unconscious. Umezawa dropped Ippo's mother by the hospital and went back to work at the boat, so she can concentrate on taking care of Ippo. While she reflected on the irony of her son being called a hero despite being in the condition he was in, someone knocks the door, Volg, who apologizes for sending Ippo to the hospital. She told him it was fine because it happened in a match, and peeled an apple for him. Tasting the apple brings Volg memories of his mother, and he asked Ippo's mother how worried she is about her son. She explained how Ippo as bullied and that doing what makes him happy made her lose her will to complain about it.

Later when Volg left and Ippo regained consciousness, his gym mates paid him a visit and revealed that for the past three days they had been taking his urine samples. Disturbed by this, Ippo goes to the bathroom to do it himself, while the trio sets up a group date with Ippo's nurse, Reiko. When he went out of the bathroom, Ippo felt dizzy and lost his balance, causing one of the nurses to remind him of his condition. Ippo turned around to notice the nurse is Mashiba's sister, Kumi, who asks if he remembers her.

Ippo told the nurse that he does know who she was, and she lets him know that she is not angry at his match with her brother. She also informed him that Mashiba Ryō won the Class A Tournament as well. She expressed her relief at seeing him healthy before leaving, which caused him to briefly wonder in what way and how worried she actually was. After five days at the hospital, Ippo was released 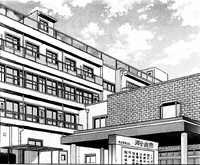 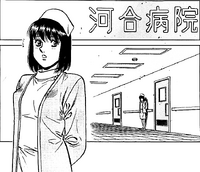 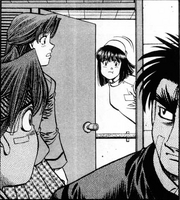 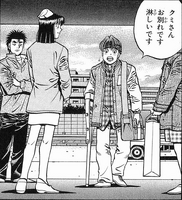 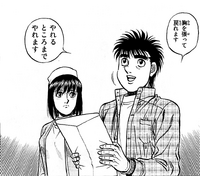 Ippo with results of check up

Aoki after match with Iga

|-| While Ippo is Hospitalized= 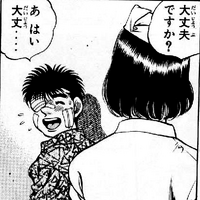 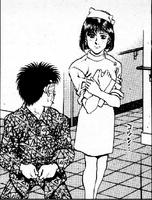 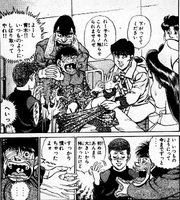 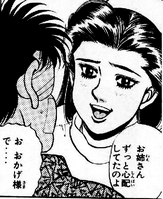 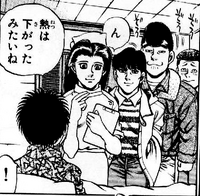 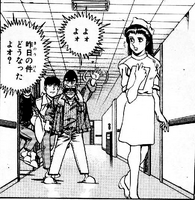 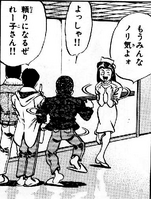