Rickey had a WBC middleweight title.match upcoming against Takamura Mamoru. When Rickey's match against Takamura arrived, he went to the Ryōgoku Kokugikan. In the ring before the match began, Rickey was shocked by Takamura's beetle costume, which the horn broke off as he entered the ring. As the match began, Rickey was immediately attacked by Takamura's Beetle's Uppercut, however, Rickey was able to dodge it. After dodging Takamura's attacks where he only threw the Beetle's Uppercut multiple times and missing, Rickey did not realise he was led to the ropes. When Rickey was about to throw a counter to counter the incoming Beetle's Uppercut, both of the boxers step-in led Rickey's head to connect with the raised "smaller horn" of the Beetle's Uppercut, causing a down. Rickey attempted to get up before falling back down and unable to continue, resulting in his loss.

He has dark skin and a muscular build, as well as dark hair that is styled with two hair bulges at the top (similar to mouse ears like his name sake).

Rickey has good dodging skills and speed, since he was able to repeatably dodge Takamura's Beetle's Uppercut. However, it seems like Rickey is weak to damage, since he got KO by Takamura's opposite hand. 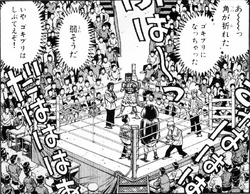 Rickey Mouse and his coach 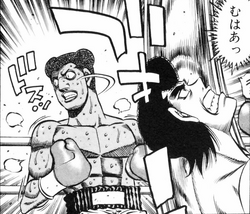 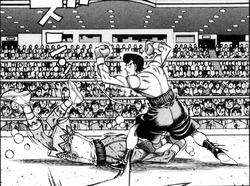 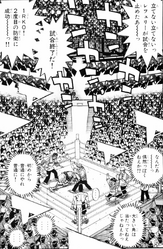 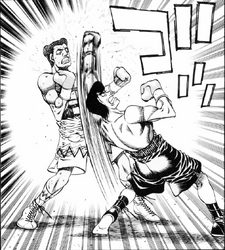