He is a welterweight that Makunouchi Ippo sparred with in his Dojo Duel prior to his match with Sendō Takeshi.

Umezu and his coach welcomed Makunouchi Ippo and Aoki Masaru to their gym on Ippo's fifth day of his dojo challenge. His coach told him stop Ippo's four straight knockout streak that he previously had in his spars. Umezu's size from higher weight class put a lot of pressure early on in the spar. Ippo was able to use his speed advantage from a lower weight class in order to dodge Umezu's punches. Umezu used his body to push Ippo into the ropes in order to stop him to land a right straight. Ippo was able to block Umezu's punch, and counter it with a liver blow. Umezu had his guard high to protect his head, which left him open for another liver blow. After the punch landed, Umezu dropped his guard and Ippo followed it with a right hook, ending the spar with Umezu knocked out. 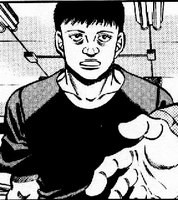 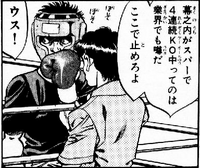 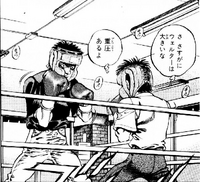 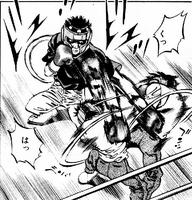 Ippo using his speed to dodge 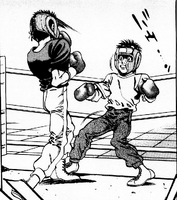 Push to the ropes 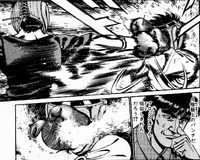 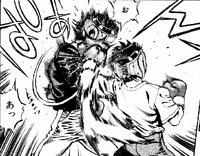 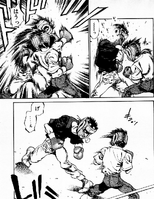 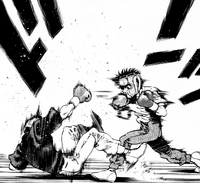 Spar Ends
Add a photo to this gallery

Retrieved from "https://ippo.fandom.com/wiki/Umezu?oldid=71138"
Community content is available under CC-BY-SA unless otherwise noted.