He was introduced as the third and by far the most difficult Asian champion Makunouchi Ippo faced in the Survival Match of Asian Champions Saga.

Wally grew up in a tropical island somewhere in Indonesia, surrounded by wild monkeys. Miguel Zale scouted him after watching a video of him jumping lithely through the trees, sensing his great boxing potential. It is said that Wally fought only three matches since debuting to become the National Featherweight Champion.

Beforehand arriving in Japan for his match against Ippo, he and Miguel stopped in America to spar against WBA Junior Lightweight first seed Alexander Volg Zangief. Seeing Wally's potential, Volg and Hama Dankichi predicted a great future for the young Indonesian boxer.

His match against Ippo started badly, as he had trouble adjusting to the powerful boxer's style. Shortly after, Wally started to injure Ippo slowly and even defeated Ippo in a brawl. Despite injuring Ippo through rounds two through five, Ippo managed to land five small body blows. Wally seemed to be worrying over his left leg, confusing Zale and his assistants. Ippo then goes all out against him, and, having suddenly lost his footwork, Wally looks down in shock to see a hand holding his left leg in place. His guard proved little use against Ippo's powerful punches thereafter.

Both fighters unleashed their finishing moves in the eighth round and, despite being exhausted, Ippo's strength wins over Wally's and, realizing that his fighter won't win, Miguel throws in the towel and forfeits the match. Despite his own loss, Wally bears no grudge against Ippo and reflects on how fun the match was for himself.

While Miguel would've wished for Wally to return home and nurse his injuries, the young boxer insisted on continuing his boxing career in New York, stating that his match with Ippo has strengthened his love for boxing.

Wally has a dark skin tone and long shaggy black hair. Having been growing up and living on a remote tropical island with wild monkeys his body has been naturally built to the peak of athleticism. He is of average height and sports a comparatively nimble build. His eye colour is never elaborated in the series.

Having grown up on an island with little formal education, Wally is naive and simple-minded. He views training as if it were a game, but also dreams of becoming a world renowned boxer in order to protect the environment of his homeland. Regardless, Wally is said to have an amazing amount of boxing sense. After his loss against Japanese boxer Makunouchi Ippo, Wally describes his great developing love for boxing and expresses his wishes to continue on despite having been beaten.

Having been raised in the jungles of an Indonesian island, Wally has great physical abilities as a result of climbing trees and jumping tree branches while playing with the monkeys. His physical abilities have grown to the point that they are equal, if not greater than, a primate's. Boxing-wise, he has an extremely high amount of natural talent, comparable to that of Bryan Hawk's.

His innate sense and physical prowess allow him to perform high-level techniques, such as the unique dodging and swaying used by Bryan Hawk, the Smash Sendō Takeshi uses as a trademark finisher, and Mashiba Ryō's Flicker Jab. However, he had never actually learned these techniques, and only used them because it made sense to do so in the situation. His speed and agility is comparable to that of Miyata Ichirō, but is more similar to Itagaki Manabu's evasive nature. He has natural ability and animal instincts like Volg and Sendō. His style lets him easily use both out boxing and in fighting styles, since he can get away quick enough and he has little difficulty seeing and deflecting attacks at super close range. Takamura mentions that his infighting is similar to Itagaki, who stays at close range but uses footwork rather than punching to fight an opponent and then turns the fight in his favor.

Wally was inexperienced when he fought Ippo, so things like loss of footwork, pressure, low stamina and piled-up damage were foreign to him. As a result he didn't take caution when Ippo started landing small punches, and continued jumping around wasting energy. He will likely take caution in future matches, however.

Like many out-boxers, if he loses his footwork he becomes easier to fight with an infighter style but shows much talent fighting toe to toe with Ippo in the start. 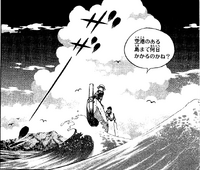 Heading to the US 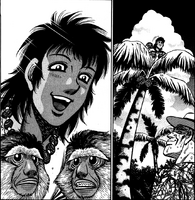 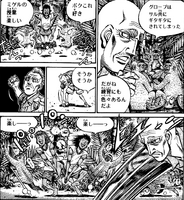 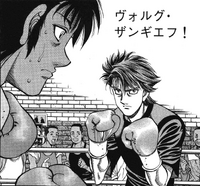 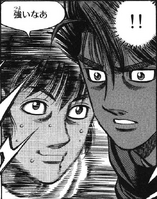 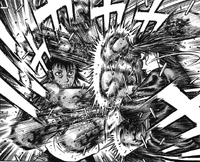 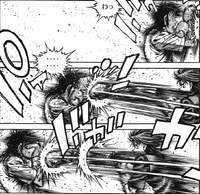 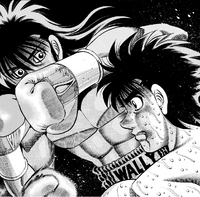 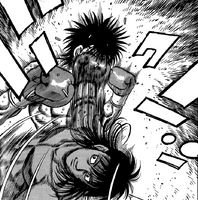 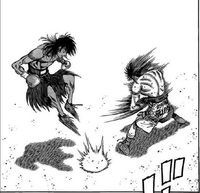 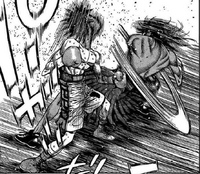 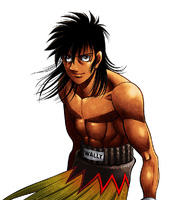 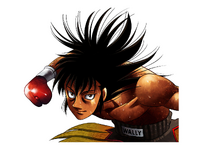